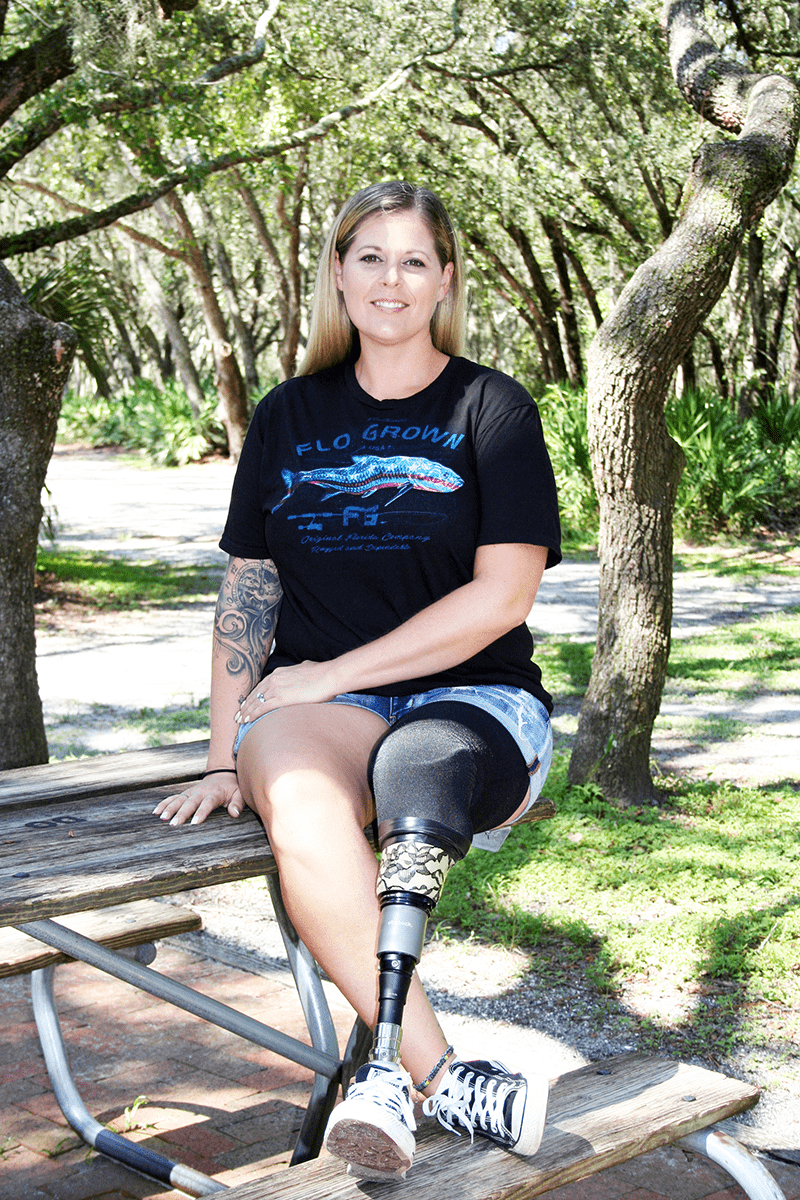 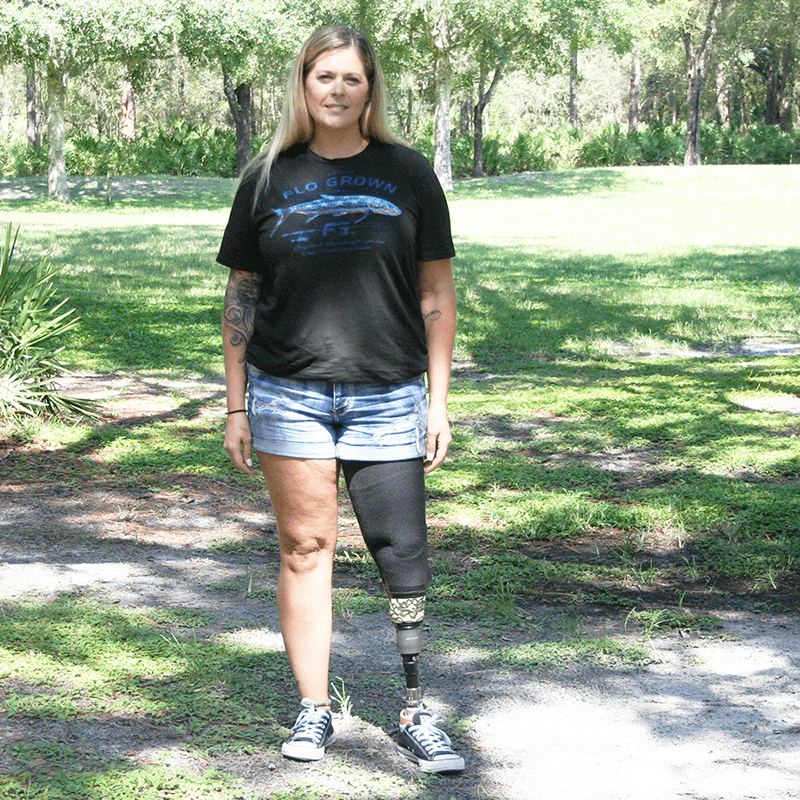 “My name is Desiree Register and this is my story on how I became an amputee. I was leaving a family dinner and was standing outside by my car, when I was struck by an oncoming car. I became an amputee right then and there at the car accident scene, on May 15, 2015. About a week after I became an amputee, a peer visitor from Westcoast Brace & Limb came to the hospital to meet me. They shared their experience with me told me what I could expect as a new amputee. The peer visitor was my little hope that I needed. After speaking with the peer visitor, my doctor also referred me to Westcoast, they said that was the place to go. So, I called and made an appointment with Westcoast before I even left the hospital.

At first, I was nervous to go, but everyone at Westcoast was very pleasant, they were nice and set my nerves at ease. It was nothing like I had expected, it was as pleasant as the situation could have been. I have worked with multiple practitioners, starting with Bridget, then Mark, and now with Greg. When Mark moved, I got a little discouraged and I didn’t go back. My husband then met someone who was a patient of Greg’s and recommended him, so I went back to Westcoast to see Greg and I have been happy since.

I currently have 2 prosthetic legs from Westcoast, my water leg and my every day leg. My devices allow me to be independent and lead a normal lifestyle as I choose. I am very active, I go to Adventure Island often, the beach, and vacation with it. We are now purchasing a boat now that I have a water leg. I couldn’t live without my water leg. I have three children, two boys who are in football and we are very active, always outside. At first, I was kind of rebellious, I didn’t want the shrinker or anything else put on my leg. After my first leg, I would kind of walk on it, but not really. After I went to physical therapy and they taught me how to do that, I started losing weight and we moved on to another leg. They focused more on how it functioned than just getting me up on the leg. At Westcoast, I met the person who made my leg and he taught me how to use it correctly and as long as I am using it correctly, it feels like my leg, not like a foreign object, like it supposed to be there. I use it like you use your regular leg. The process is simple, this is my second leg and if I have any problems, all I do is call and Greg gets me right in. He even says, if I get sand in my water leg to stop by and he will clean it. It wasn’t ever hard for me, it was just doing it, once I got the courage to do it, it was all easy downhill from there.

I didn’t think that I would ever feel normal after losing my leg. When I got my first leg, I was discouraged by the way it looked and I was trying to cover it up. It affected the way I walked and now I am comfortable with it, so I would rather walk better than worry about the way it looks. I thought I would have to rely on the wheelchair a lot more than I do now. I didn’t think I would be as independent as I am now. I always thought that I would have to have someone to help me, but I don’t. When I first became an amputee, I struggled with everyday household chores, moving around, being a mom, a wife and I gained a lot of weight. Eventually, I saw other amputees working out and succeeding at losing weight. I decided then that I would get my leg, and go to physical therapy, I was slowly walking and walking faster, then I started exercising every day. I do a daily 30-minute exercise routine and in the evenings while my sons are at football practice, I walk two laps around their field. We go camping, I am outside a lot, we go kayaking and canoeing. I have been able to do everything that I could before I became an amputee. Even though I doubted myself, I still accomplished it. Everything that I tried to do, I could do.

What motivated me to be as independent as I am today and accomplish my goals was seeing other amputees be successful. I probably would have given up, if I wouldn’t have seen the other amputees, I wouldn’t have even tried. I met a lot of them over multiple social media groups and they all seemed to want to help each other. I want to share my story because I want to help other people, like other people have helped me.

I recommend other amputees to Westcoast often. While fishing on the Skyway Bridge, I saw an amputee, she said that she wished she could walk like me. I told her that she could walk like me and I referred her to Westcoast, I hope she is walking great now and accomplishing her goals. Even though I got discouraged at first, when I was referred to Westcoast they encouraged me to keep trying, and it was easy for me because I had the help and support from them. I’ll see other amputees out who are doing good and they tell me they go to Westcoast too, it’s great seeing others doing well like me.”