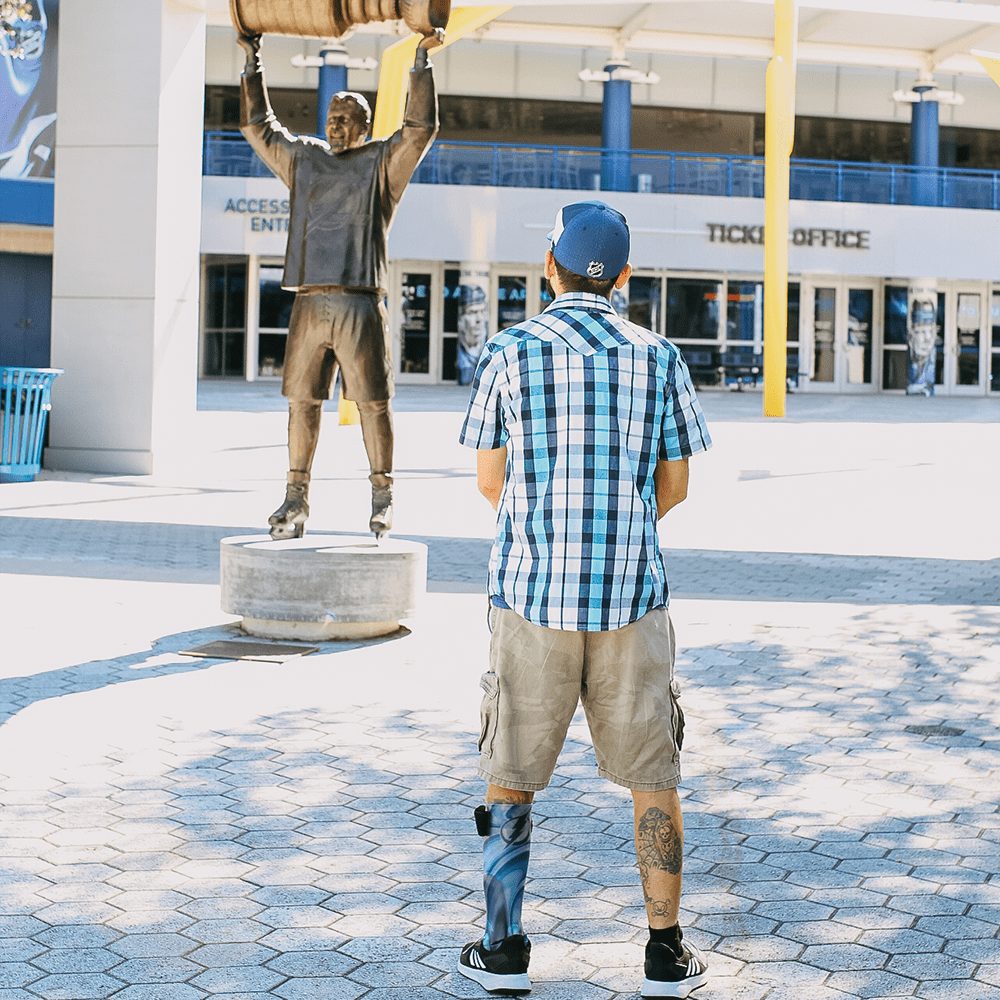 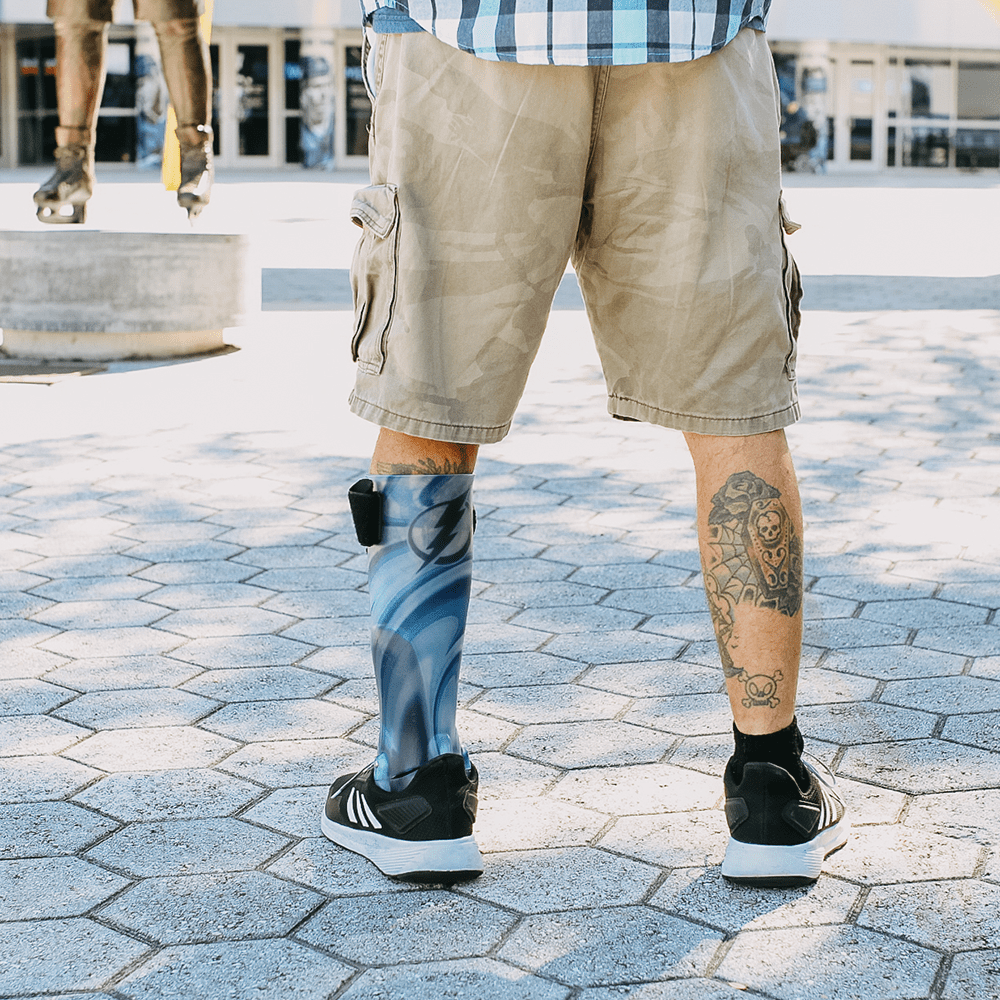 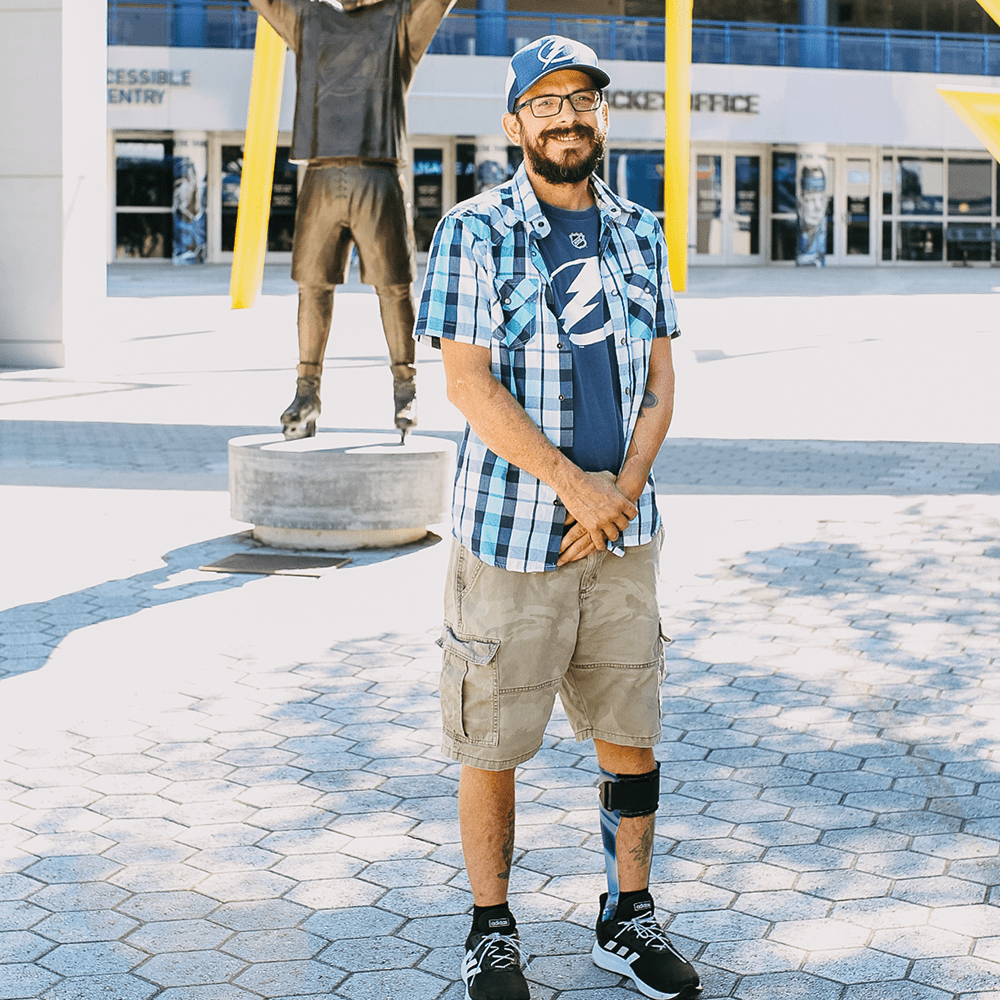 April 19, 2017 started off like any other normal day for Chuck Cowart.  As his day progressed he noticed his left arm fell asleep a few times, but he didn’t think much of it.  After taking a short nap, he woke up to eat lunch and was unable to pick up his food with his dominant left hand.  Chuck ended up at his local hospital with a diagnosis of Ischemic Stroke and was not given the tPA injection.  He was later transported to Tampa General Hospital, which is where his journey to recovery began.

Chuck never dreamed that he would be celebrating his 40th birthday in a hospital, but after spending almost a month relearning basic daily living skills, he was thankful for every day he was alive.  Chuck had a left side deficit with spasticity, which was extremely difficult for him being that he was left hand dominant.  He spent a total of 24 days at TGH and during his stay, he worked relentlessly with his therapists to reach and exceed his goals.  During this time is when Chuck met with Westcoast Brace and Limb Orthotist/Prosthetist, Danielle Tobler. Chuck said that he “made a connection with Danielle right away and looked forward to his time spent working with her.”  He was fit with an AFO and has great success with device.

Chuck is also a die-hard Tampa Bay Lightning fan and being that he rarely misses a practice, the team noticed his absence.  After the team became aware of Chuck’s stroke, he received multiple visits from members of the Lightning, including Dave Andreychuk, The Lightning Bug, and The Ice Team.  These visits were not only encouraging to Chuck, they were instrumental in his desire to push himself to get better.  He wanted to get back home so he could return to watching them play and win, he wanted to be there to cheer his team on again.  Chuck’s AFO proudly sports the Tampa Bay Lightning Logo and is often a topic of conversation for him.

For Chuck, there were two prominent motivating factors in his recover, The Tampa Bay Lightning and his bond with his team from Westcoast Brace & Limb.  “Seeing the players get injured and then go through rehab and be able to return to the ice to play again is something that inspires me to get better,” he said.  When Chuck visits Westcoast for his follow up appointments he knows he is visiting friends.  “I feel at home, like I am capable of overcoming any obstacles. They are the icing on the cake for me. They helped me be able to walk and be mobile again,” he says.  Anytime he sees another patient he takes the opportunity to talk about his progress and how far he has come, in hopes that he will inspire them.  Danielle Tobler proudly says of her patient, “Chuck is such an amazing guy to be around. He puts 100% into everything he does and is such a positive role model! Chuck has made huge strides in his rehab since the first day I met him.”

As for the future, Chuck is realistic but also optimistic. He says “In one year, I want to be better than I am now and have more use in my left arm.  I know it won’t be 100%, but if I can be 60-70% better, then I have succeeded.”  In the meantime, you’ll find Chuck cheering on the Lightning at practices and home games every chance he gets, be sure to say hi if you see him!