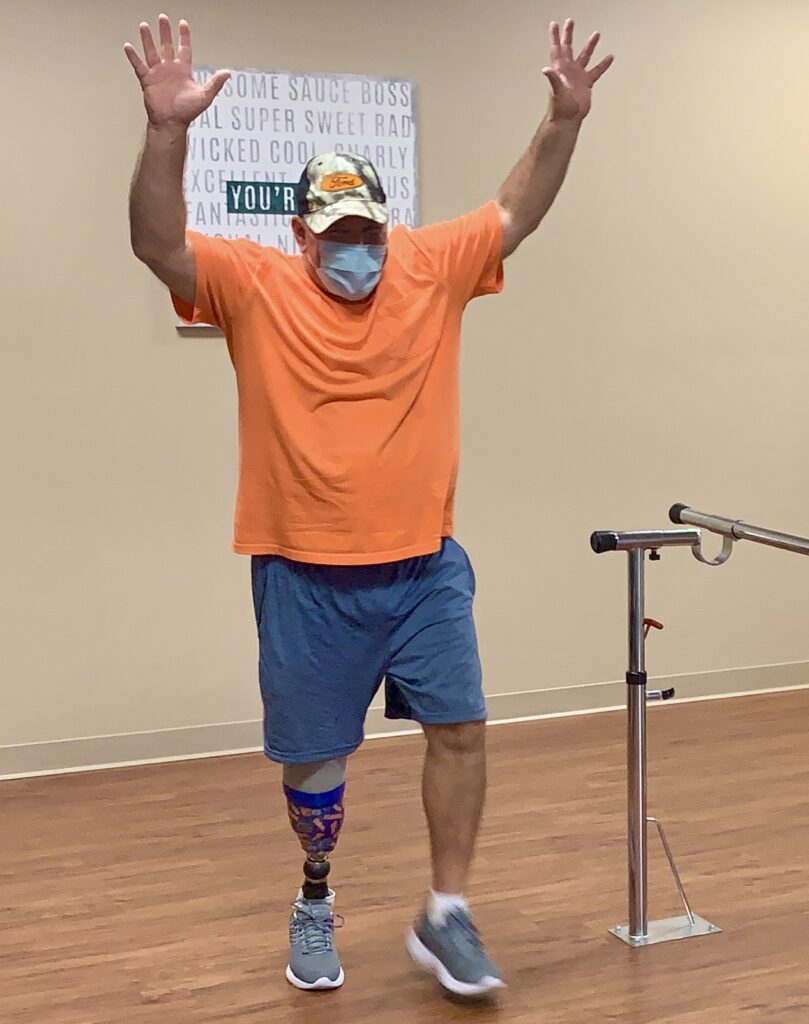 Prior to receiving a below knee amputation and prosthesis, Ronald, a carpenter by trade, fell off a ladder in 2017 and dislocated his foot. He then had surgery to repair the injury, receiving multiple screws and a wound that wouldn’t heal. Eventually, Ronald had wound therapy and his wound finally healed, allowing him to return to work.

Ronald underwent a Functional Capacity Exam prior to returning to work and the exam caused severe pain that rapidly turned into a pseudomonas bone infection. After bring admitted to the hospital, doctors told Ronald that they must amputate his leg urgently in order to stop the spread of the infection. The next morning, he agreed to the surgery, knowing that he could not go on with the pain he had been enduring for the past 3 years.

A New Reality – Walking with a Prosthetic Leg

After his amputation, Ronald met WCBL patient care coordinator, Daymon, while at Tampa General Hospital. Ronald was blown away once he learned that Daymon was also a below knee amputee. He couldn’t believe how well Daymon walked with his prosthetic leg. After meeting Daymon and learning more about his options as a new amputee and what his future could look like, Ronald said “If he can do that, so can I.”

While he had to start slowly, first in a wheelchair and eventually on crutches, Ronald kept pushing forward. He had a few falls, but always got up and continued working on his strength and balance. Before long, Ronald received his initial below knee prosthesis. Once he learned to walk again, he was unstoppable. A year later, Ronald not only walks great in his definitive prosthesis, he is hunting, fishing, golfing, and doing yard and house work. 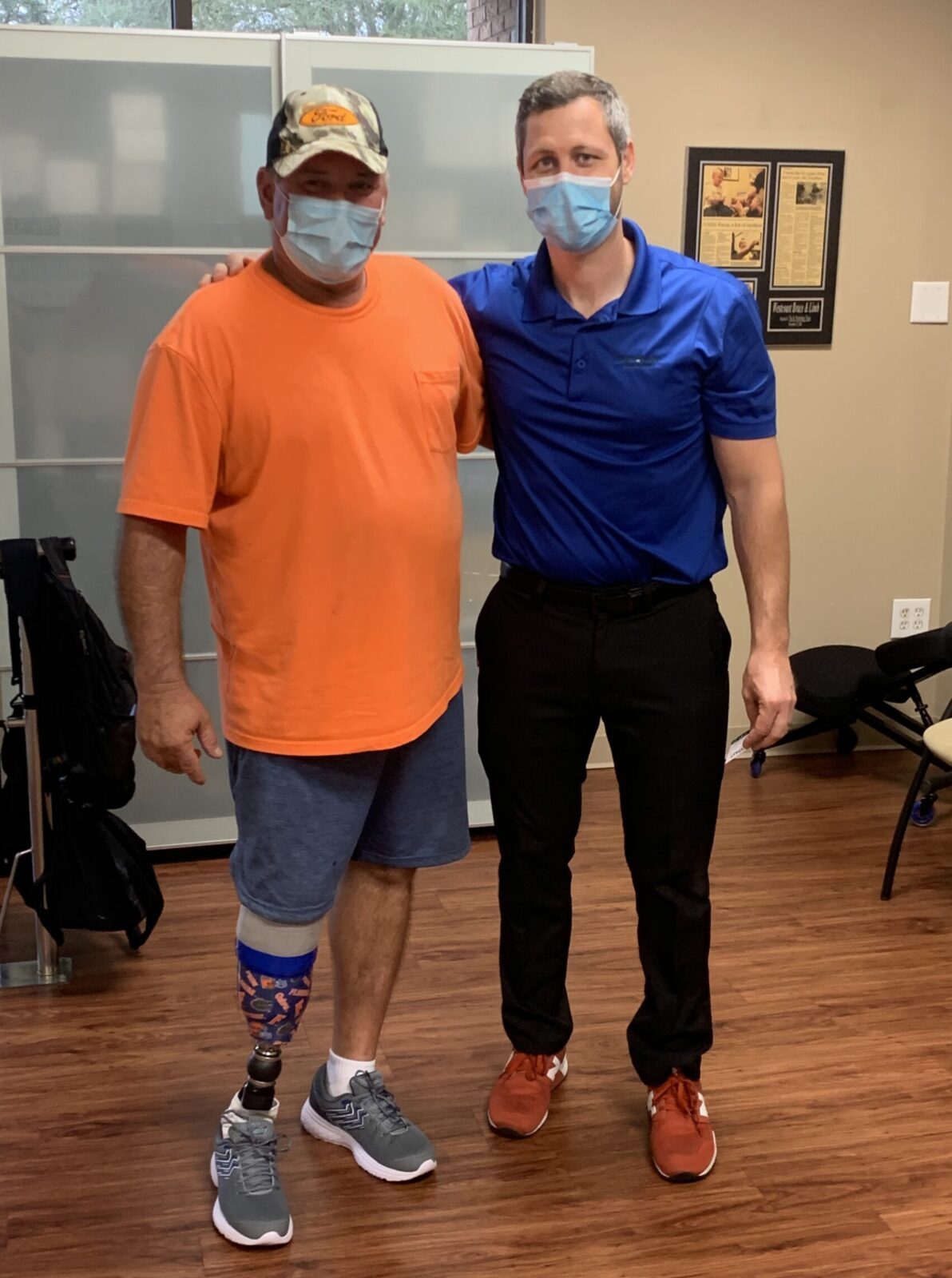 Being Part of the WCBL Family

Like every WCBL patient, Ronald has become part of our family and his motivation inspires us all. When asked about his recovery and working with his WCBL practitioner, Brian Moran, Ronald says “Brian’s the man! I’m not a person to sit around and do nothing with a bad attitude. Brian and my Cora therapists have helped me return to walking, I can do everything I want to. I’m happy to be upright!”

Ronald says that he hopes he can help other who are going through this process and wants to remind them to “Keep a positive attitude, life goes on, don’t give up.”

Brian enjoys working with Ronald and seeing how far he has come since their first appointment. His main goal was to make Ronald both the best fitting prosthetic leg and one that allowed him to be as active as he wanted to be. He says of Ronald “He’s had a great attitude from day one and comes ready to work every time.” 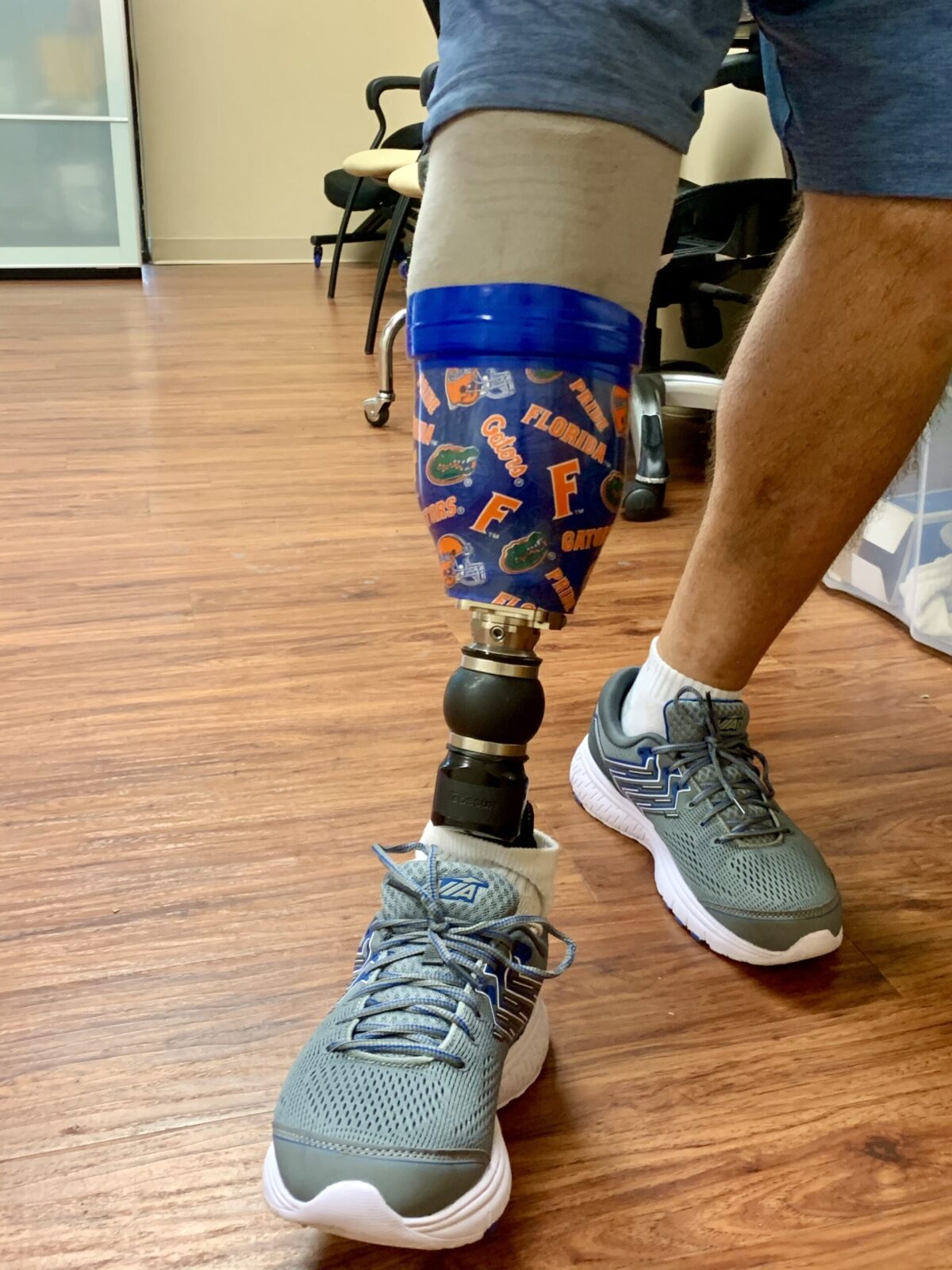 Ronald has an Ossur Pro-Flex XC Torsion foot and passive suction system. The foot features energy return and smooth roll-over, with valuable shock absorption and rotational capabilities. The sole blade offers an effective full-length toe and a wide foot blade. Less load and more dynamics mean that you’ll enjoy greater comfort in a wide range of activities. To find out more about the Pro-Flex XC Torsion foot and other options we offer, contact us to schedule your free evaluation.