Gone are the days of amputees simply tolerating their prosthesis, our team is ready to give you a socket that empowers you! 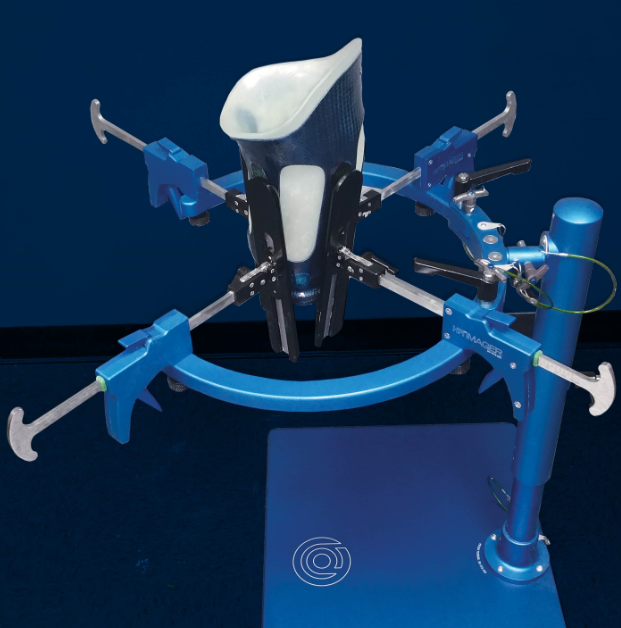 by biodesigns, inc is the newest technology redefining how a prosthetic socket should fit, providing the ultimate in comfort and function. The HiFi Interface, with patented and patents-pending Osseostabilization™ and Osseosynchronization™ technology, delves deeper to capture and control the underlying bone. Accordingly, this allows the socket to connect skeletally with the patient’s residual limb. For example, think of osseointegration without the surgery and with a removable prosthesis. Motion and force are captured closer to the bone, thus creating a more precise reaction from the prosthesis and more instinctive reaction from the user. The result is dramatically enhanced performance, greater energy efficiency, security, safety, increased endurance, greater comfort and a higher level of confidence for wearers of all activity levels.

There is a better way, and it doesn’t involve surgery.

The HiFi Interface and technology addresses common issues with ill-fitting prosthetic sockets. Especially; falls, instability, pain, blisters, pistoning, rotation, uneven gait, and uncomfortably high trim lines. Some prosthetic wearers complain of a loss of sensory information resulting in poor proprioception and a reduction in walking confidence and speed. Subsequently, these are associated with high mental and physical fatigue. A lack of physiological feedback to the brain contributes to phantom limb pain, a major problem for amputees. HiFi wearers report their prostheses feel more like a part of them. As a result, they feel connected to their prosthesis, with many reporting phantom sensations returning to their limbs, allowing them to feel the ground. Many patients report a reduction in mental fatigue because they forget they are wearing their prosthesis. Are you ready to experience HiFi, contact us today?

This socket is made for ultimate comfort & fit. 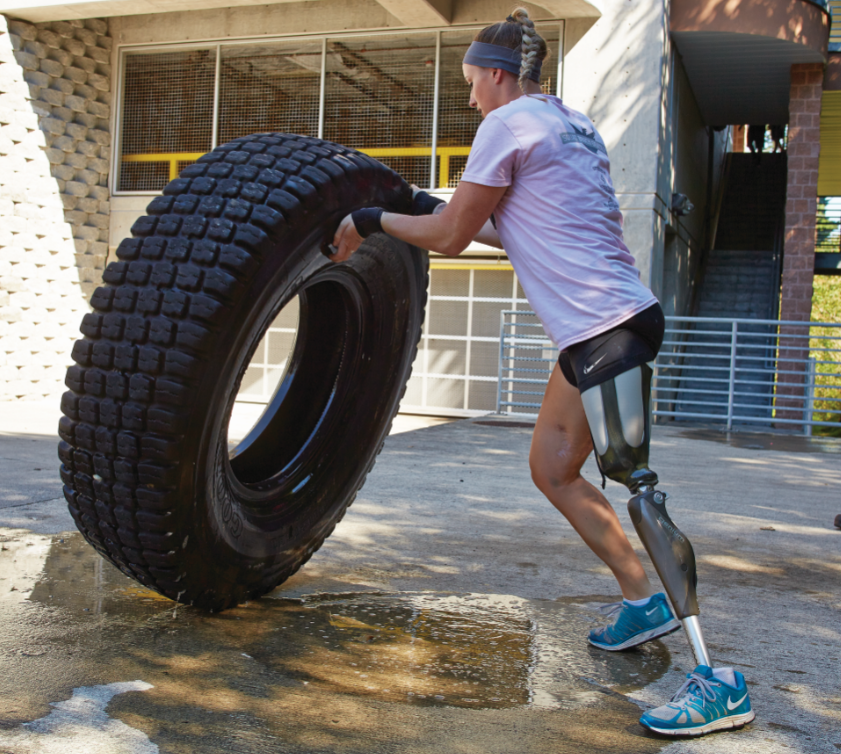 Who is a candidate for the HiFi Interface?

We have had great success fitting both upper extremity amputee and lower extremity amputee wearers. Unquestionably, this design benefits individuals of all activity levels. However, it is extremely effective for those who are very active and demanding on their prosthesis, especially above-knee and upper limb amputees who are looking for greater stability and comfort.

Don’t just take our word for it!

Westcoast Brace & Limb (WCBL) patient, Paul, struggled through several uncomfortable and poor fitting prosthetic leg sockets after becoming in amputee in 2019. In fact, they caused instability, wounds, and discomfort for Paul. After coming to WCBL and working with his prosthetist, Brian, he received a High-Fidelity Interface with HiFi technology prosthetic leg socket. From “100% better comfort”, to stability that allows him to walk easily on multiple surfaces, Paul is finally moving forward, setting goals, and quickly working towards reaching them. Click the video below to hear how Paul’s new HiFi prosthetic socket is helping to change his life for the better. 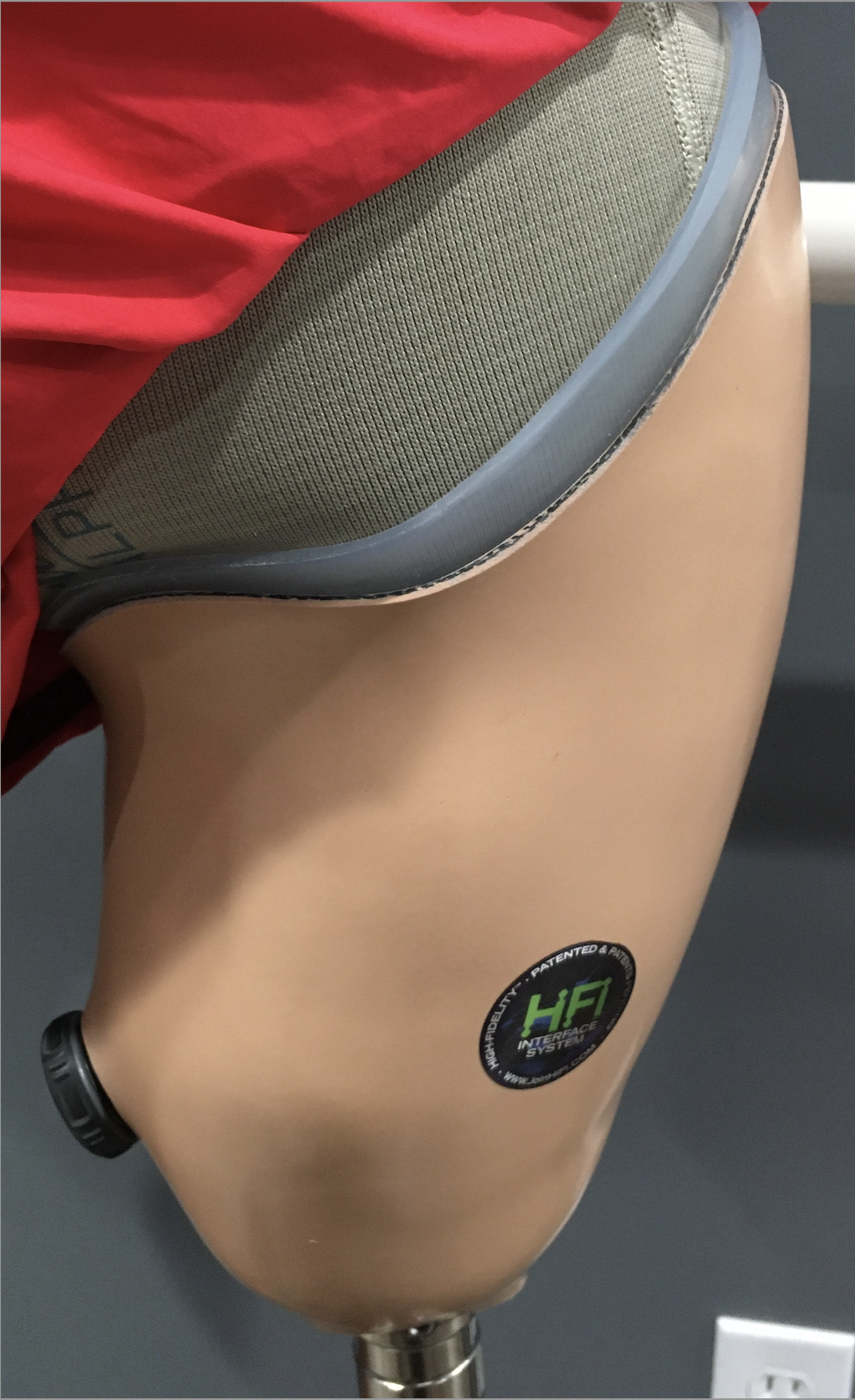 A world of difference!

HiFi patient, Angelia, sought out biodesigns for a HiFi Interface socket, after 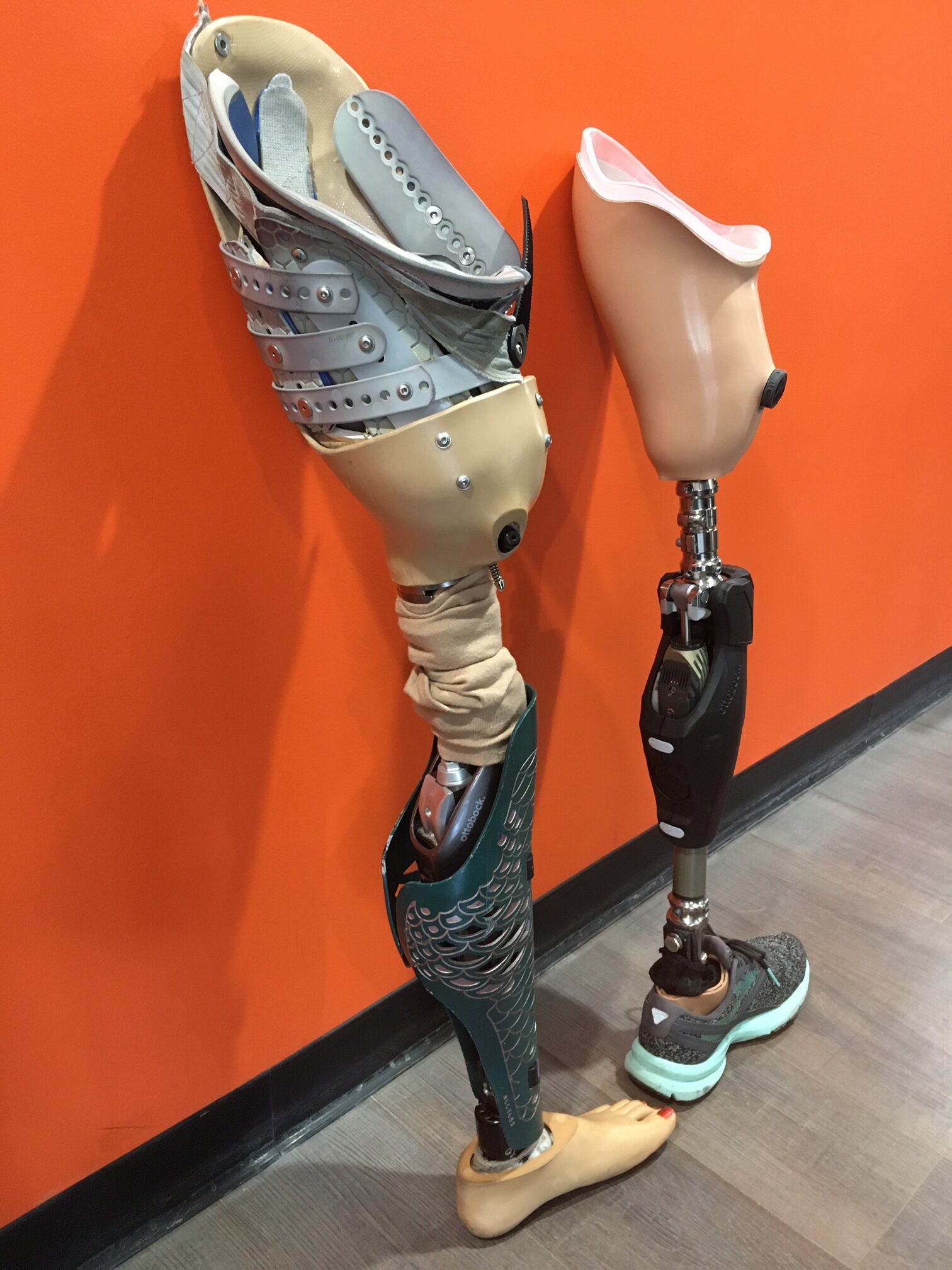 receiving a socket from a well known company. She had been promised a simple socket with clean trim lines that allow users the ultimate comfort. Instead, her socket had high trim lines and caused her instability and pain. Particularly, she had issues on her femoral artery where one of the straps was located and was impinging her femoral artery. Additionally, her old socket was very large and bulky, thus prohibiting her from wearing certain clothing. As an active duty member of the military, Angelia needed a socket she could wear all day under intense and demanding physical requirements. She found that with her new HiFi socket.  Angelia’s gait is now faster, more symmetrical, and has a narrower base. As a result, Angelia now has the ability to fully live her life and reach her goals. Angelia shared her HiFi experience in her own words.

“With the subischial HiFi Interface, my gait feels more fluid. I have more of a gliding motion as I walk, as opposed to sinking every time I step. I am still getting used to the HiFi design, but it allows me to be much more aware of my muscles and core and how to use them properly again. It seems that the more work I put in, the better it feels. By the end of the day my gait feels flawless. I’m actually really excited to wear my jeans again. Overall, as compared with the other sockets, it’s a world of difference.”

We believe in science and clinical evidence.

To see studies and outcomes of the HiFi Technology, click here.

Schedule your free appointment today. For more information and to find out what our team can do for you call 813-985-5000 or Contact us